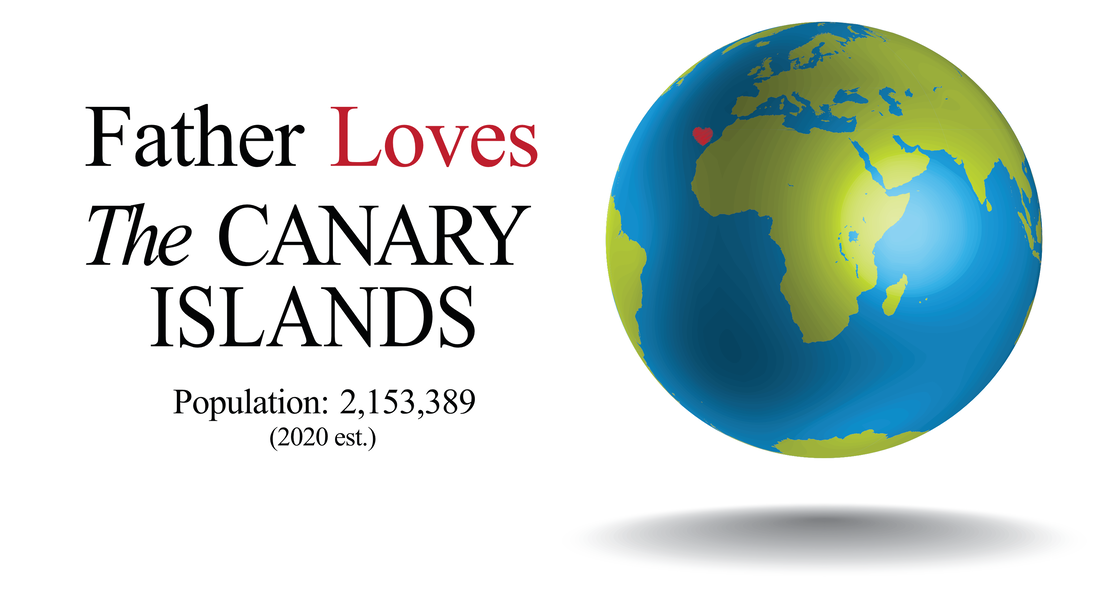 Location:
The Canary Islands are an archipelago and autonomous community of Spain located on the Atlantic Ocean, 100 kilometres (62 miles) west of Morocco at the closest.

Religions:
The overwhelming majority of native Canarians are Roman Catholic (85%)[66] with various smaller foreign-born populations of other Christian beliefs such as Protestants from northern Europe.

I thank you Father that you have already poured out your Holy Spirit on all flesh so I am asking for the seeds of your love to bear much fruit in The Canary Islands today.

Father, I also ask that you would strengthen every believer in The Canary Islands and impart to them a greater revelation of your love so they would truly know they are your sons and daughters.

In agreement with your children who are praying this same prayer today, I declare the life changing truth that my Father loves The Canary Islands!

In Jesus' name I pray.
Amen
Copyright Notices:
Map by Oona Räisänen (Mysid) - Self-made in Inkscape by w:User:Mysid. Based on SRTM data as edited by CGIAR-CSI. Place names based on the Open Streetmap., Public Domain, https://commons.wikimedia.org/w/index.php?curid=2499704