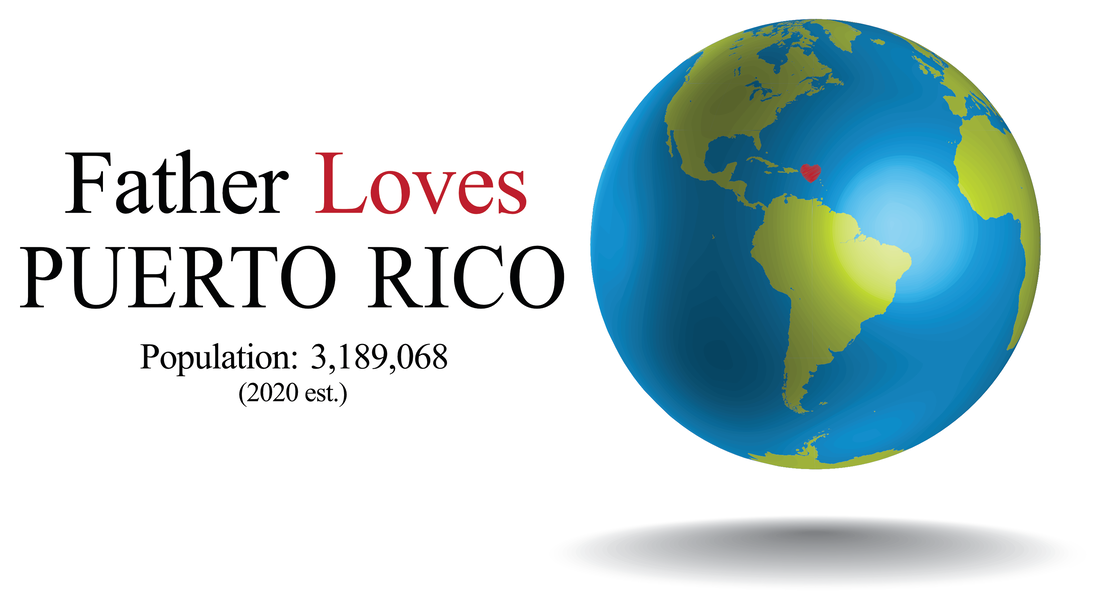 Location:
Caribbean, island between the Caribbean Sea and the North Atlantic Ocean, east of the Dominican Republic

Religions:
Roman Catholic 85%, Protestant and other 15%

Declaration & Prayer for Puerto Rico
Father, I declare your love over Puerto Rico and for everyone who lives there.  I pray the good news of your beloved Son would reach every person on this island.

I thank you Father that you have already poured out your Holy Spirit on all flesh so I am asking for the seeds of your love to bear much fruit in Puerto Rico today.

Father, I also ask that you would strengthen every believer in Puerto Rico and impart to them a greater revelation of your love so they would truly know they are your sons and daughters.

In agreement with your children who are praying this same prayer today, I declare the life changing truth that my Father loves Puerto Rico!