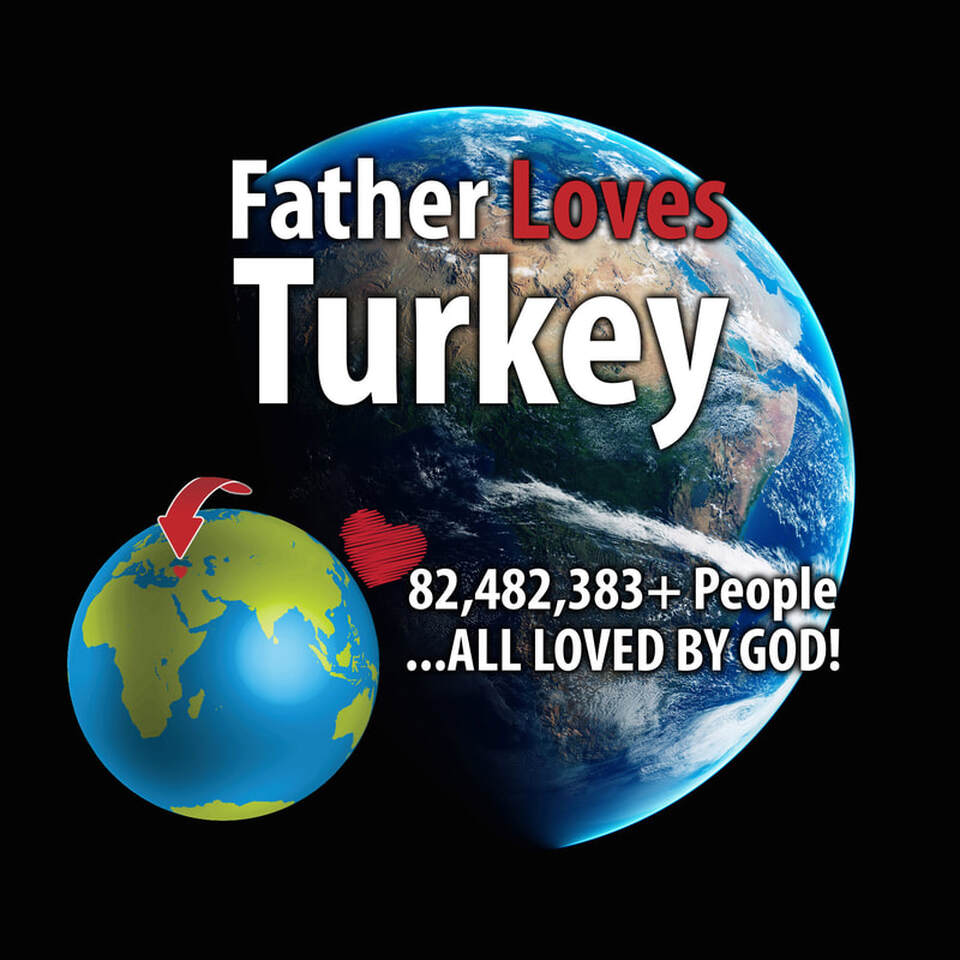 Location:
Southeastern Europe and Southwestern Asia (that portion of Turkey west of the Bosporus is geographically part of Europe), bordering the Black Sea, between Bulgaria and Georgia, and bordering the Aegean Sea and the Mediterranean Sea, between Greece and Syria

Father, I thank You that You love every person in the world and You are not willing that even one should perish. So I want to share in Your heart to see every person come home by declaring Your unconditional love for Turkey today.

Father, I ask that Your Kingdom would come and Your will would be done in Turkey and I pray that every person who lives there, would encounter a fresh revelation of Your amazing love for them in Christ today.